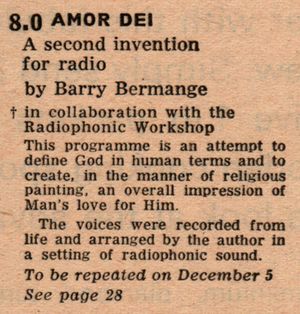 Radio Times entry for the first broadcast of Amor Dei 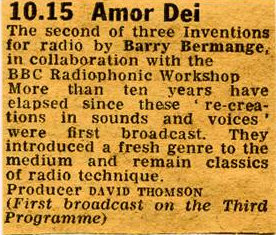 Radio Times entry for the second broadcast of Amor Dei 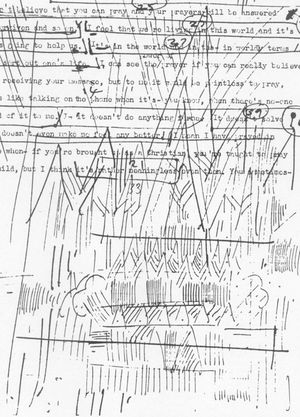 A heavenly choir used in the second and fourth movements and at half speed in the first.

The untreated source recording of the boy soprano for Rorate Coeli. 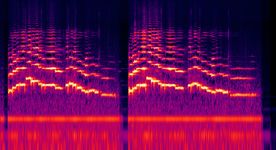 The above split into the individual notes. 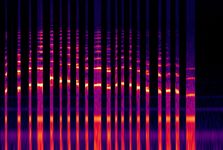