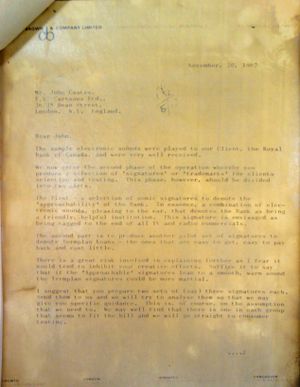 DD100525 is a letter dated 20 November 1967 from Brown & Company Limited to John Coates of T.V. Cartoons Ltd.: "The sample electronic sounds were played to our client, the Royal Bank of Canada, and were very well received."