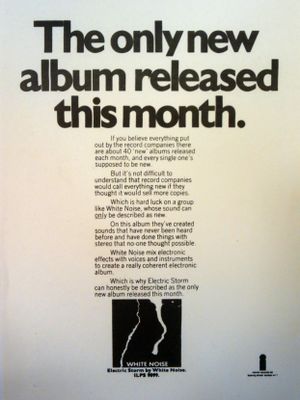 In the same issue is a scathing editorial review of the album, which scorns the album in every conceivable way. See DD154918.

The only new
album released
this month.

If you believe everything put out by the record companies there are about 40 'new' albums released each month, and every single one's supposed to be new.

But it's not difficult to understand that record companies would call everything new if they thought it would sell more copies.

Which is hard luck on a group like White Noise, whose sound can only be described as new.

On this album they've created sounds that have never been heard before and have done things with stereo that no-one thought possible.

Which is why Electric Storm can honestly be described as the only new album released this month. 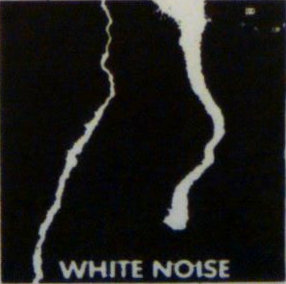