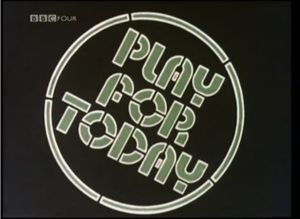 Odd that the [title] sequence changed in March 1973 and then reverted to the original music and visual style.[2]

Whatever you think of the (presumably Radiophonic) music on the March 73 version, it has an almost Soviet look which fits with some of the plays' politics[2]