Difference between revisions of "Random Together 1"

With Peter Zinovieff, Delia helped create a piece called Random Together 1, which was played at the Unit Delta Plus Concert of Electronic Music in 1966.

The concert programme entry[1] for it reads:

The piece is in three parts. The first and last will have light projection by Hornsey College of Art. The middle section will be heard in darkness and musically is derived from the other two sections. A limited number of sounds was chosen in each section and their order and coincidence were selected randomly. It was determined beforehand what the results of any such combinations might be. The levels of reverberation, the rise and fall times, and the mixing of a large number of these sounds, as well as their being recorded on one or more tracks, werre also determined by probabilistic methods. The different quality of the first and last sections is due to the difference in pitch of the tones initially chosen and the probabilistic selection of time intervals, loudnesses and switching from track to track. In this way the spatial structure is also varied. This will be especially apparent in the transition between the central section and the last section where the sound will appear from several different directions. The central section is the only one which is musically self-sufficient. The other two were composed with light projection in mind. 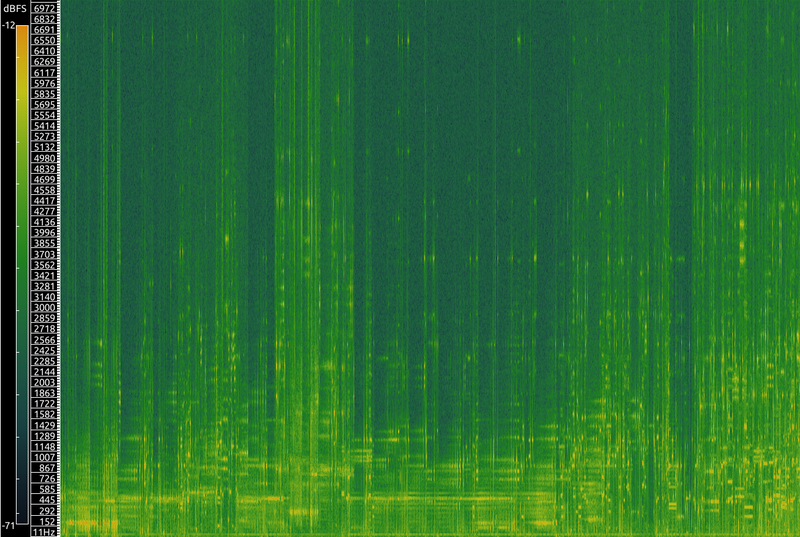