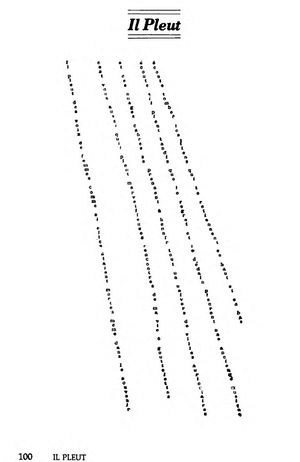 In the Attic Tapes three tapes seem to be for a piece called Singing Waters[1][2] whose master tape is 16:09 long, for a programme called 24 Hours,[3] including the lyrics "It is raining women's voices".[4].

24 Hours ran from October 1965 to October 1969, but it's unclear for which episode Singing Waters was made.

The text is the poem “Il pleut” by Apollinaire. Highly evocative and literal treatments of this text. The poem’s graphology is apparently also reflected in Derbyshire’s treatments. [...] The label on this reel presumably refers to Penny as the singer.[5]