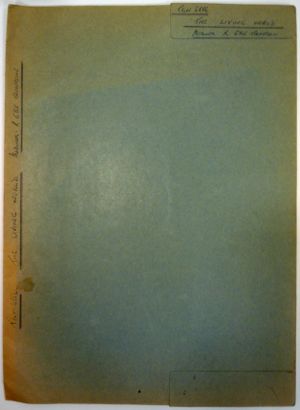 Both signature tunes seem to have been rejected by John Sparks[7][8] who used a jazz theme instead,[3] leaving Delia hoping that her music might be used in the New Year.[3]

Her papers include a folder containing her notes for it and some letters about it.