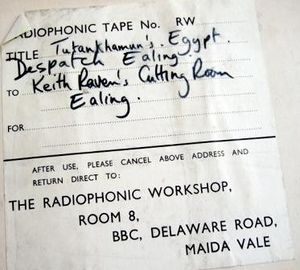 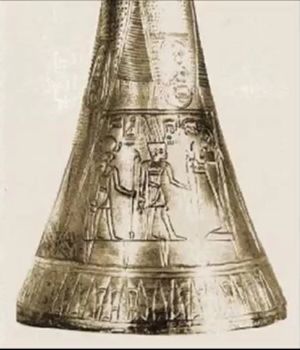 Delia produced at least four Egyptian-themed works in 1972, listed on the page Egypt. These are the tapes for all of them.

The source sound is from a 1939 BBC radio broadcast of King Tutankhamun's trumpets being played after more than 3000 years' silence.[7]