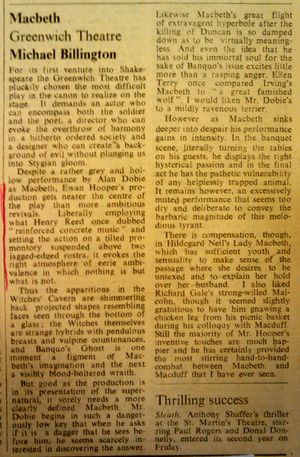 DD140642 is a newspaper clipping of a review of Macbeth (1971) by Michael Billington, who was working as drama critic at The Times newspaper at that point in his career.[1]