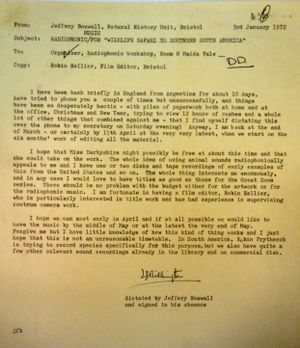 DD145754 is a letter dated 3rd January 1972 from Jeffery Boswall to the Radiophonic Workshop about Wildlife Safari to the Argentine.