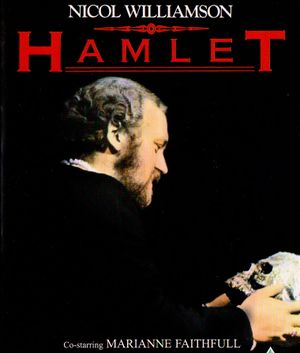 At Kaleidophon, Delia helped create the ghost voice and electronic music sequences[1] for Tony Richardson’s production of Hamlet at the Chalk Farm Round House,[2] which was then turned into the 1969 film "Shakespeare's Hamlet".[3]

Delia's sounds accompany the apparitions of the ghost of Hamlet's father and feature Nicol Williamson’s treated voice as the voice of the ghost.[4] The only other music in the film are a couple of brief trumpet fanfares and some medieval party music, for which Patrick Gowers gets the entire film credit as the composer of its original music. 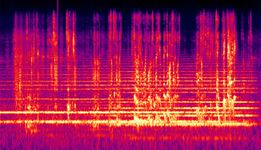 A part of one of the Attic Tapes is included in the Lost tapes of the Dr Who composer article, but it is is not the version used in the film. It is the voice of Hamlet's Father's Ghost only for Act 1 Scene 5. In the film, the dialogue jumps from "Murder!" to "in my orchard", while this extract runs from "I find thee apt" to "Brief let me be", so is most likely the tape for the Ghost's voice for the theatrical production preceding the film.

though this may be a different version of Hamlet from the Tony Richardson/Chalk Farm Round House one, which was not a BBC production.