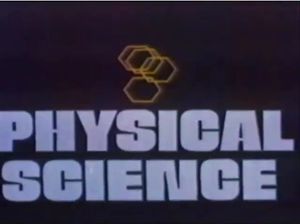 The theme for the BBC for Schools series of TV programmes Physical Science is a reworking of Quest - fast, with a single refrain of the melody preceded and followed by a rhythm loop made from four notes of Quest - fast's rhythm track.

Physical Science was first broadcast on 25th September 1975[1] but Quest - fast was published in 1972 and Delia left the BBC in 1973, which suggests that someone else assembled this, either from Delia's makeup tapes or directly by slicing up Quest - fast.

There is no mention of Physical Science in the catalogue of the BBC Radiophonic Workshop's tapes.[2]