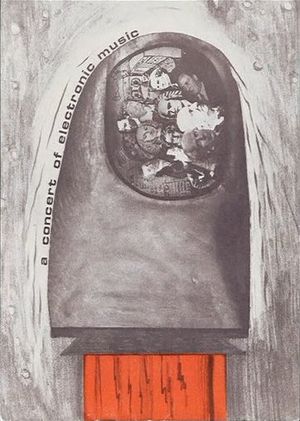 A Concert of Electronic Music

Unit Delta Plus put on the Unit Delta Plus Concert of Electronic Music at the Watermill Theatre, Bagnor, near Newbury in Berkshire[1] on the 10th September 1966 at 7pm.

Delia became involved in an early electronic music concert at the New Mill Theatre in Newbury that also featured a pioneering light projection show by Hornsey College of Art and magnetic sculptures by Paul Takis.
-- Brian Hodgson, in the Guardian obituary

We had an evening of electronic music and light effects. The music was indoors, in a theatre setting, with a screen on which were projected light shows done by lecturers from the Hornsey College of Art. It was billed as the first concert of British electronic music; that was a bit presumptuous! John Betjeman was there... he sat in the front row and went to sleep... it was quite a social occasion.
-- Delia, quoted on delia-derbyshire.org