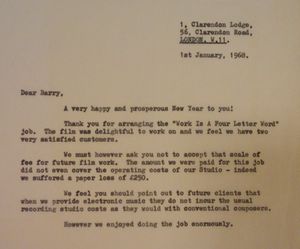 DD080404 is a letter dated 1st January 1968 from Kaleidophon to "Barry" concluding the work on the film Work Is A Four Letter Word.