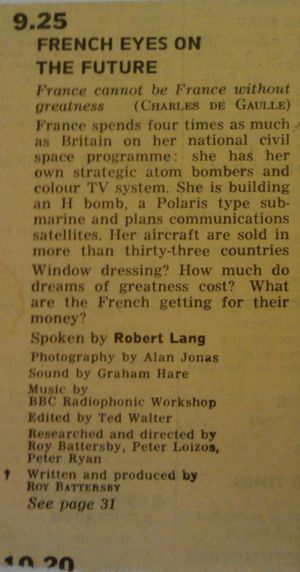 9.25 FRENCH EYES ON THE FUTURE

France spends four times as much as Britain on her national civil space programme: she has her own strategic atom bombers and colour TV system. She is building an H bomb, a Polaris type submarine and plans communications satellites. Her aircraft are sold in more than thirty-three countries.

Window dressing? How much do dreams of greatness cost? What are the French getting for their money?

Written and produced by Roy Battersby