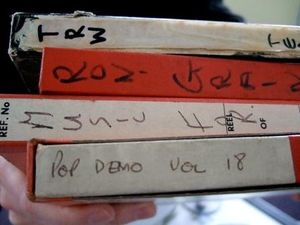 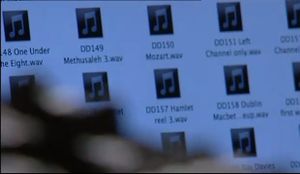 They contain the audio for dozens of pieces of Delia's music that were believed lost, including at least one Macbeth[9], the medleys she made for the ICI Fashion Show and the Brighton Festival[10], Le Pont Mirabeau[11], for Hamlet, Medea and Raven and Dove,[12] as well as Lowell[13] but in the years since they were digitized, nothing has been published.

There are three catalogues of the tapes: